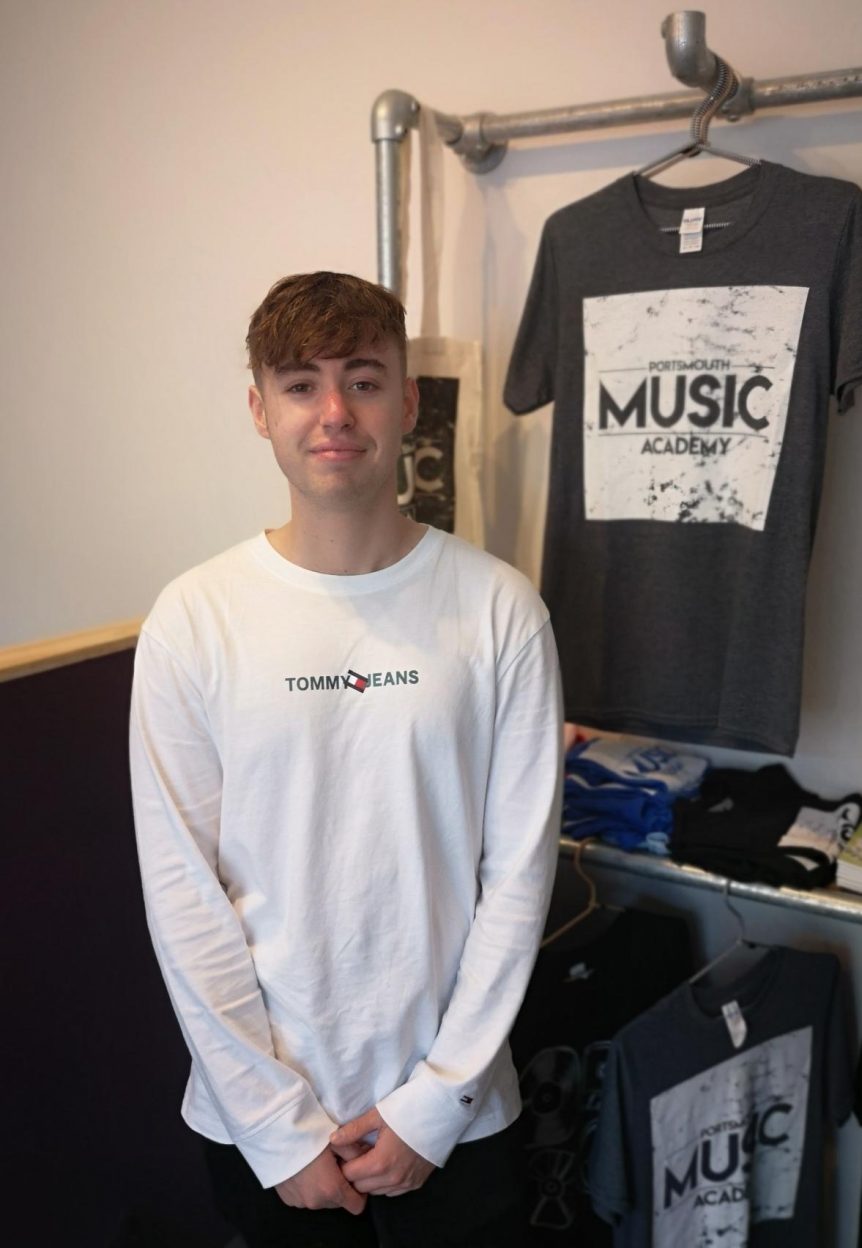 Background: Matt started playing drums in junior school, and straight away fell in love with the instrument. He joined his first band in secondary school playing funk and soul, which really cemented his passion for drums and music as a whole. After studying at the Academy of Music and Sound in Southampton, Matt started and grew a successful function band with his brother alongside studying a music degree in Southampton.

He also continued regularly gigging while achieving his Master’s in Music from the University of West London, which has given him quite a depth of experience in both education and performing!Matt loves technical drummers like Toto’s Jeff Porcaro and Vinnie Colaiuta (Sting’s backing drummer), and studying drummers like these has given him impressive chops which he enjoys teaching to beginners and advanced players alike.

Matt joined PMA in 2019, and has become one of our busiest drum teachers thanks to his friendly, positive attitude and his great teaching. We very glad to have him on the team!

Fun fact: Matt only took his first drumming lesson as a way to get out of maths at school. It’s a good thing he enjoyed drumming as much as he disliked long division!